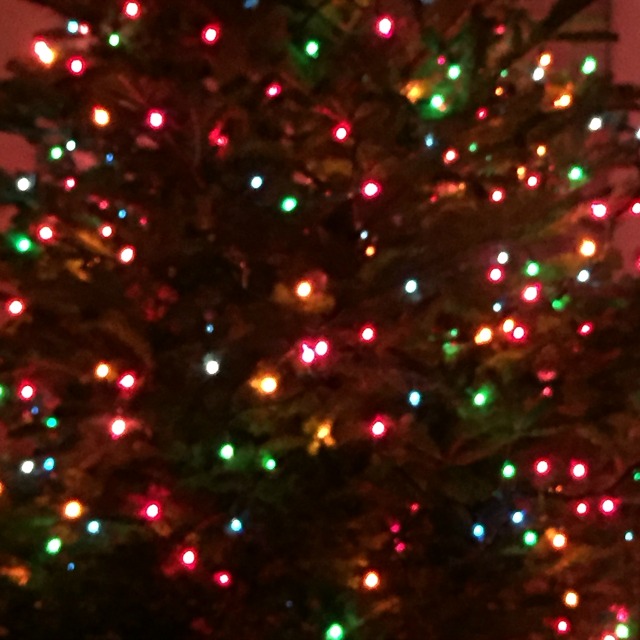 Three times over the past eight years I was in the final weeks of pregnancy during the season of Advent.  Waiting and hoping have been familiar companions.  Last year our fifth baby was due eight days after Advent began and as November drew to a close I would wake up each day and wonder, “Is today the day?”  Every contraction gave me cause for hope that the delivery would be soon, and every time the contractions stopped I grew more weary.

Finally, the day after his due date, our baby boy was born and I felt like we could finally prepare for and celebrate Christmas.

But, I was so very tired.  Three children in diapers, little sleep, a newborn who needed constant food and attention, and a Mama who felt overwhelmed made for a less-than Advent than I had expected.  Then, at just nine days old, Cooper was admitted to the hospital with RSV.  Christmas was six days away and the older kids had just begun their holiday break.  All of my hopes and plans for Christmas had to change as I swapped cookie dough and sprinkles for oxygen tubes and a hospital bed.

Our pastor came to visit me in the hospital and as we talked I shared with him how frustrated I was by the turn of events.  I wanted to make memories with my children and do special things to help them enjoy Christmas.  Instead, I was stuck in a sterile room where the kids were unable to visit.  He asked me, “Are these expectations something the kids have expressed, or is this all your own doing?”

He helped me to realize that all I was grieving–the loss of what I considered a special holiday season–was an expectation I had created and placed upon myself.  My kids weren’t upset with me that our plans had changed.  They just wanted their little brother to be healthy and back at home. 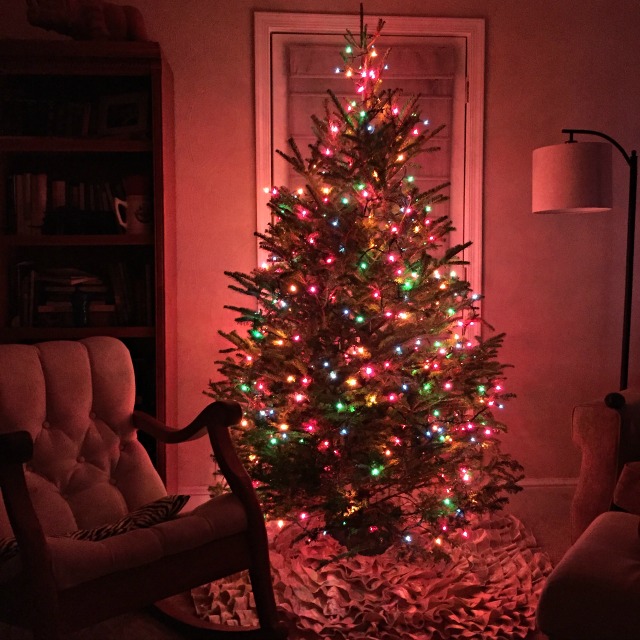 As Advent has approached this year, I’ve been asking myself, ‘what are your hopes for Advent?’

Answering this question revealed a lot in my heart.  I want fun memories, celebrations with family and friends, all the presents bought and wrapped in plenty of time, no hustling.  While there is nothing wrong with these desires, I realized that my hopes and expectations had been misplaced.

So, I changed the question.  “Lord, what do you hope for me during Advent?”  In listening to the answer I’ve found that what he offers me in Advent is no different than what he offers every day:  an opportunity to encounter Jesus in a new and deeper way.  The gift of this season is that it provides time set aside to ponder, wonder, listen, and be near to God, in both remembering the fulfillment of God’s promise in sending Jesus and the hope of God’s promise that Jesus will come again.

Hope does not disappoint… (Romans 5:5)

For thousands of years God spoke to His people.  He did this in various ways and to various people.   As God’s promises were fulfilled in making Israel a nation, he gave the law, which they often disobeyed and ultimately resulted in captivity and exile.  Words of hope were spoken through the prophets as God continued to reveal his promise to one day redeem his people.  When they finally returned to the Promised Land, all became silent.  For 450 years God was quiet.

But the people kept hoping.

They were waiting for the promised Messiah. His arrival had been promised and anticipated for a long time; their expectations were high.  They had visions of a powerful political leader, a majestic King who would set the world straight and deliver them from every form of evil and injustice.  This was the Messiah they were expecting.

But God’s ways are not our ways and His plan to redeem mankind looked very different.  The divine took on flesh and entered the world as a baby.

Those who were the first to know of the Messiah’s arrival and encounter Jesus had their worlds drastically changed.  The Advent of Jesus was a fulfillment of hope, but a different one than they had expected, and a better one.

For the law made nothing perfect; but on the other hand, a better hope is introduced, through which we draw near to God (Hebrews 7:19).

Their encounters with Jesus shook their expectations.

Their encounters with Jesus exceeded their expectations.

What are you expecting during this season of Advent?

Our plans can be good and the things we anticipate and get excited about are not wrong.  There is much to enjoy and savor during this time of year.  But it’s often in our misplaced hopes that we become utterly disappointed.  These things that we anticipate and enjoy will not bring long term satisfaction.  They may give us joy for a season and we may look back with fondness, but the deepest need of our souls will never be met by lesser things.

Jesus will often shake our expectations.  The better hope he gives will probably be realized  through paths that we wouldn’t choose or even through deep forms of suffering. Sometimes he has to remove what we value in order to show us the gift of himself.

Jesus will always exceed our expectations.  This is something we have to believe.  Because it won’t always feel like an excess.  We will wrestle with the temptation to place our hope in temporal pleasures.  But as we press on in our faith, hoping in the promises of God’s Word, we will never be disappointed.  And the gift of Jesus in Advent will become an encounter with Him that can cause us to grow in joy and belief,  to treasure Jesus more fully and worship Him more completely. 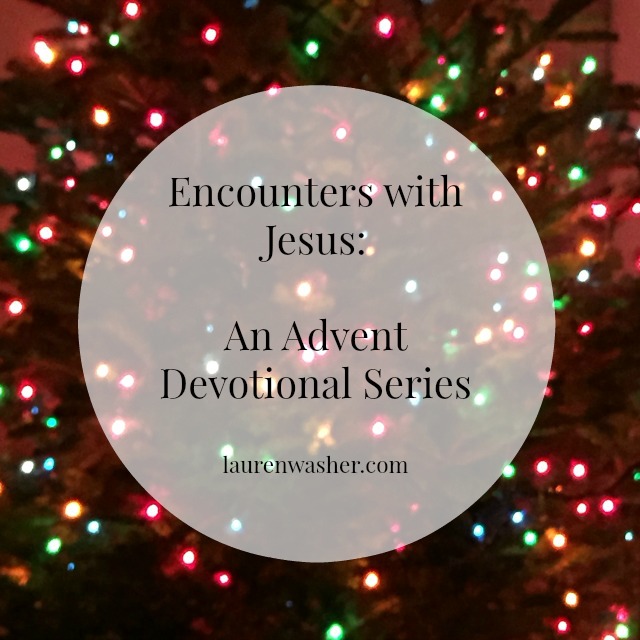 This is part 1 of a series,  Encounters with Jesus: an Advent Devotional

Part 2 : How to have joy when Christmas doesn’t feel joyful

Part 3: A look at the shepherds & what happens when we receive the word of God

Part 4: Why being quiet during Advent might be necessary and good

Part 5: For those who feel the tension of grief and joy